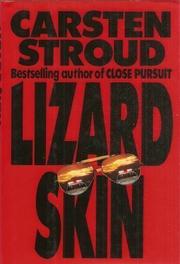 Stroud moves his ongoing and powerful police-paean (Sniper's Moon, 1990; Close Pursuit, 1987) from Manhattan to Montana—and rustles up a bronco of a thriller that throws him near the end of the ride. The myth of the West inspires Stroud to some bravura writing here—his pages practically exhale prairie dust—and some terrific characters, starting with Montana Highway Patrol Sgt. Beau McAllister, 45, responding to a robbery report at Joe Bell's truck stop. There, McAllister finds an Indian boy shot dead by Bell, who's now blasting away at four other Indians shooting back with bow and arrow from the shadows of Bell's huge oil tank—reason enough (to prevent a deadly explosion) for McAllister to plug Bell in the buttocks. The Indians escape and Bell threatens to sue, but that's the least of McAllister's troubles, with sleek A.D.A. Vanessa Ballard thinking of bringing him up on charges, and McAllister's shrewish ex-wife and her lawyer-lover trying to drive a dirty wedge between the cop and his young daughter. Even those problems, though, don't match the one posed by Hollywood stuntman Gabriel Picketwire, Lakota Sioux and ex-Army assassin, returning to Montana to avenge the death of the boy shot by Bell. By the time Picketwire catches up to Bell, McAllister has fought the escapees in terrifying nighttime hand-to-hand combat and killed one—prelude to Picketwire's confrontation with Bell, which sees the Indian shot and buried alive, dug up by a dog, and then stalking Bell to skin him alive. All this tremendously virile action derails, however, when McAllister ferrets out the reason for the Indians' attack on Bell—a medical conspiracy so far-fetched it might give even Robin Cook pause, and headed by a most unconvincing villain. Lop off the mixed-up final 50 pages or so, though, and you have a cops-vs.-Indians novel to rival John Sandford's Shadow Prey.