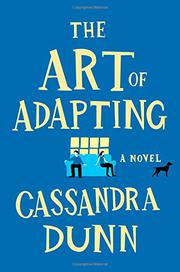 THE ART OF ADAPTING

Dunn’s debut novel treats readers to a family in transition—in other words, a taste of real life, plain and simple.

Lana, recently separated from her husband, struggles to adapt to life after being under his controlling thumb for nearly two decades. Being in charge of herself, her two teens—Byron and Abby—and her younger brother, Matt, who has Asperger’s syndrome, forces Lana to reassess her approach to life by forgiving the past and trusting again to find new happiness. The character-driven story knits together the varied ways each family member suffers and shows their attempts, often dysfunctional, to alleviate the pain. Dunn gives each of the four main characters a voice in alternating chapters, an approach that allows a touch of insight into all but deprives readers of the full force of any one personality and also gives a “young adult” feel to the story—three of the four characters are young. Adult readers may wish for more of Lana and a deeper exploration of her problems. Nevertheless, each character is appealing and will hold readers’ interest. Dunn explores dating after divorce, Asperger’s syndrome, anorexia, teen bullying and more, but again, by crowding so many issues into one novel, she dissipates the effect of each, somewhat simplifying the sufferers’ struggles. Problems resolve quickly and loose ends are neatly tied—perhaps a nod to Dunn’s short story background—but readers will gain a greater awareness of the complexity of such problems and the many struggles a broken marriage creates for families.

A neatly wrapped, happily-ever-after tale of a broken family that survives and thrives.