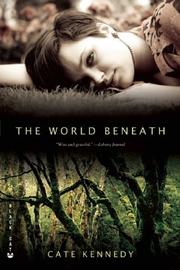 In this debut novel from Australian Kennedy (Dark Roots, 2008, etc.), a father takes his estranged daughter on a trek through the Tasmanian wilderness that proves spiritually, mentally and physically grueling, and not just for them.

Rich and Sandy met protesting the Franklin River Blockade, one of the most successful environmental protests in Australian history. Their marriage didn’t last. Now their daughter Sophie has become a skinny, goth teen exasperated with her pot-smoking, New-Agey mother’s nostalgia for her past activism. Having pursued nature photography in all corners of the globe, chased women to no real effect and now working as a TV video editor, Rich decides to reconnect with his daughter. What better way than to hike the wilderness he and his ex worked to save? Rich assumes, as only the absent father of a difficult teen could, that Sophie will be impressed. Out of defiance of her mother, Sophie agrees to go and Sandy reluctantly lets her. For distraction, Sandy takes off on a retreat to find her inner goddess. The hike is difficult, especially when Rich’s new, unbroken-in boots begin to chafe. While Rich hobbles through miles of wilderness trying to impress his cynical daughter, Sandy hilariously searches for answers in meditation sessions and sweat lodges, where she instead encounters the disembodied voice of her disapproving mother. Rich must come to terms with the reality that he’s not the outdoorsman—or, for that matter, the people person—he thought he was, a lesson that leads to potential catastrophe. Kennedy illustrates her characters’ vulnerabilities through a series of power plays and dramatic reversals—Rich attempts to cut the trip short, but Sophie, with a contrary, stubborn nature not unlike her parents’, insists they continue. Locked in mutual antipathy broken by bursts of sympathy, father and daughter move into increasingly dangerous territory. An intricately written novel with an ironic eye for modern vulnerability in the face of a primordial wilderness.