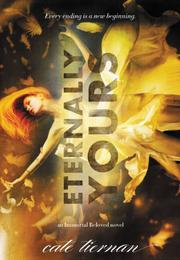 From the Immortal Beloved series, volume 3

The engaging final installment in the series that began with Immortal Beloved (2010) reveals new information about the world of the immortals and ties up loose ends.

After running away with her manipulative ex-friend Innocencio against everyone's better judgment, recovering immortal socialite Nastasya has returned to the West Lowing, Mass., rehab center called River's Edge. Although Nastasya's narrative voice is still glib, prickly and often cynical, she has changed since the trilogy's beginning: “I was far gone enough to admit that, yes, I really did need help....more than I needed to be proud, or brave, or cool, or even just not gut-wrenchingly humiliated.” River, the kindly and more-ancient-than-most immortal who runs River's Edge, never gives up on Nastasya, but as her less-trusting siblings begin to arrive from around the world, suspicion about Nastasya's intentions and behavior grows. Meanwhile, Nastasya and fellow immortal Reyn alternately kiss and fight; Nastasya starts a project to revitalize West Lowing's mostly abandoned downtown; and destructive Terävä immortals wage an international war to seize power. As usual, the story's most compelling aspect is Nastasya's emotional growth, aided by River's kind, patient and nonjudgmental tutelage. The sly, slangy narrative voice keeps the story moving, and flashbacks fill in some of the gaps around Nastasya's and other immortals' pasts.