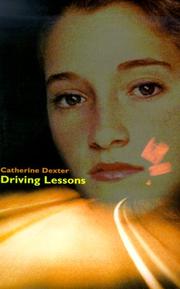 Mattie Lewis, 14, has been banished to South Dakota for the summer in a story that perfectly captures the voice, the thoughts, and the personality of an unhappy teenager. Mattie’s mother needs time to herself to finish her master’s thesis, so Mattie is shipped off to White Stone, South Dakota, a small town where Mattie’s great-grandmother had lived all her life, her house now being turned into a museum by the local historical society. Mattie, who hasn’t been to White Stone since she was eight, deeply resents being dumped for the summer. She suspects that a large part of her mother’s desire to have the summer to herself is so she can spend as much time as possible with Henry, her serious (and to Mattie, seriously boring and annoying) boyfriend. To Mattie’s surprise, she comes to enjoy the work at her great-grandmother’s house and enjoys digging around in her family’s past. Also, much to her amazement and delight, Mattie has her first real relationship with a boy. Although she feels uncomfortable with the local kids to whom she’s been introduced, she has an immediate bond with Lester, 17, a fellow summer exile to South Dakota—in his case, as punishment for a spot of trouble involving joyriding in a car. Mattie sees the summer, and especially her relationship with Lester, as a chance to reinvent herself. Instead of being the good girl who dutifully does as she’s told, maybe for once, it will be Mattie who breaks the rules and gets into trouble. “ ‘I might screw up this summer,’ Mattie said, suddenly inspired. ‘If I’m here long enough.’ ” The joys and pains of teenage romance are realistically and honestly described and the author accurately captures the ambivalent nature of the relationship between a mother and her adolescent daughter. Here is a girl who is torn between wanting her mother to take care of her and wanting her to realize she’s growing up, a captivating and charming protagonist with whom many readers will instantly identify. Beautifully written, thoroughly engaging, and very believable. (Fiction. YA)