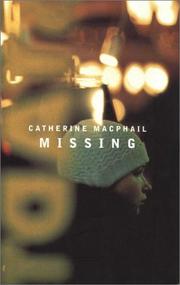 As 13-year-old Maxine assaults an arcade video game, the reader is dropped into the fray and knows that this girl is suffering from more than teen angst. It has been ten months since her brother Derek ran away from home: a final desperate solution to escape a rabid school bully. Derek had found his parents unhelpful, and they are now so burdened with sorrow that they hardly notice Maxine except to scold. When Derek is confirmed dead, Maxine’s grief is complicated by a sense of relief that is soon followed by desolation as she sees that his death has only made him a bigger presence in the household. The story takes an eerie turn when Maxine starts getting phone calls from the cemetery, the ghostly voice of Derek coming down the line, and her mother begins sensing Derek’s presence through mediums. Is someone playing a wicked trick? Is Derek a ghost? Is Derek still alive? The pace quickens and MacPhail, a newcomer to US publishing, steadily delivers goose-bump-raising tidbits to keep those pages turning. The tale is so involving that when the ending arrives it is too soon, but certainly not disappointing, as it is both frightening and triumphant. The story, with characters as palpable as this page, works on many levels: it explores the complexity of grief and love, the devastating fact of runaways living on the street, and the powerful menace of bullies, all in the guise of a good old-fashioned ghost story. (Fiction. 12-17)