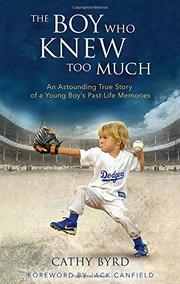 The Boy Who Knew Too Much

An Astounding True Story of a Young Boy's Past Life Memories

In Byrd’s touching debut memoir, a little boy stuns his parents by declaring that he was the baseball player Lou Gehrig in a previous life.

When Christian Haupt was only a toddler, he was singularly enthralled by the sport of baseball. Although he was still too young to play the game, he talked about it constantly, refused to wear anything else but a baseball uniform, and seemed peculiarly disinterested in other, typical attractions of his peers, including toys, television, or even other children. He also sometimes referred to himself as an alter ego named “Baseball Konrad.” Byrd, Christian’s mother, recorded a video of him playing ball in 2011 and posted it on YouTube in the hope of winning him the privilege of throwing out the first pitch of the season for his beloved Los Angeles Dodgers. The video was a sensation and ultimately led to Christian making a cameo appearance in the 2012 Adam Sandler movie That’s My Boy. It turned out that Christian’s indefatigable enthusiasm was coupled with genuinely precocious athletic talent. Byrd writes that one day in 2011, the young boy, still only 2 years old, started to share information about baseball from the 1920s and ’30s, including some that was esoteric even for avid, adult fans. Then Christian began to relate memories of what seemed like a past adult life as a baseball player; Byrd figured out that Christian believed that he was Hall of Famer Lou Gehrig of the New York Yankees. Byrd was initially unsure what to make of her son’s disclosures and sought counsel from multiple sources, including Jim B. Tucker, a well-known professor of psychiatry and neurobehavorial science. Byrd’s memoir almost reads like a suspenseful novel, and readers are sure to be gripped by the possible explanations she provides for Christian’s seemingly inexplicable memories. She also thoughtfully reflects on her own spirituality and the ways in which her son’s revelations challenged her Christian faith: “I was particularly interested in finding out why the concept of living more than one lifetime was incompatible with Christianity….Much to my surprise, I could not find a single scripture in the Bible that repudiates reincarnation.” On the whole, this is an affecting portrayal of parenthood and an affectionate love letter from a mother to her unusual child.

An eclectic mix of mystery, memoir, and the supernatural.