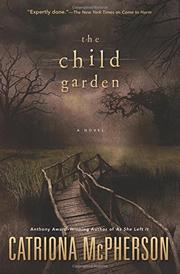 A divorced woman with a severely disabled teenage son gets sucked into a mystery that will change her forever.

Gloria lives in a farmhouse on the remnants of a large Scottish estate. For the owner, who lives in the nursing home created out of the main house, her most important job is rocking the ancient stone in the garden 12 times a day to prevent the devil trapped inside from escaping. In addition, she takes care of the house and its dog and cats. In return, she can afford to keep her son, Nicky, in the same home. Stephen “Stig” Tarrant, a grade school pal, turns up on her doorstep saying he's being stalked by April Cowan, one of his fellow students from Eden, an alternative high school once based on the estate, and asks Gloria to go with him to a meeting April demanded. When they find April dead in a small stone hut on the estate, Stig slowly reveals a terrible story about the death of a boy at the school. He was found floating in the nearby river the night of Beltane, when the students had a cookout and slept outside—all but Stig, who claims he was sick after eating undercooked sausages and knows only parts of the story. Although the death was ruled an accident, the school was closed, the headmistress’s reputation ruined, and the students scattered. April’s body vanishes before they decide to tell the police, and Stig becomes a person of interest, hiding in Gloria’s house and cooking gourmet meals while Gloria sleuths. Believing Stig’s story of being set up, Gloria, whose job as a registrar gives her access to private information, starts to search for the other students and soon learns that most of them were apparent suicides. She’s horrified to realize that her ex-husband was one of them, one of the few still left alive.

McPherson’s newest stand-alone (Come to Harm, 2015, etc.) is a stunning combination of creepy thriller and classic mystery with a startling denouement.