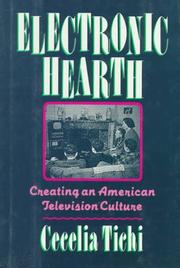 The Acculturation of Television in the United States

Perceptive, subtly nuanced study of how Americans' perceptions of TV have developed over the past five decades. Drawing on magazine and newspaper articles, novels and short stories, advertisements, cartoons, and other material, Tichi (Vanderbilt Univ.) takes a close look at the often maligned, frequently misinterpreted medium, offering far more insights than did Watching America (p. 585), by Linda Lichter, S. Robert Lichter and Stanley Rothman, whose statistical approach yielded little that was revelatory or unpredictable. Tichi investigates such matters as the early antipathy to the electronic medium expressed by print- oriented commentators like Bennett Cerf, the impact of the cold war on public reactions to TV, and the ways in which TV has come to be accepted by younger writers who grew up in the Television Age. She is particularly effective in analyzing how TV was marketed in the late 40's and early 50's, explaining that TV manufacturers emphasized the technology of the new medium when aiming their marketing efforts at male consumers but appealed to women buyers by stressing the decorative or ``furniture'' aspects of the TV set. Tichi explores our attitudes toward leisure and finds ``that leisure is antithetical to the ideology of the United States''- -here, as elsewhere, her thinking is original, her arguments convincing. Fresh and fascinating.