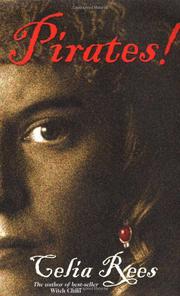 A rambling, romantic 18th-century tale features a teenaged British heiress who, along with her African half-sister, avoids Terrible Fate by becoming a pirate. In the wake of her father’s sudden death, Nancy finds herself hustled from comfortable Bristol to the family’s Jamaican sugar plantation, where she forms an alliance with Minerva, a strangely attractive body slave. Following the shocking discovery that her thoroughly vile brothers have sold her to cruel, swarthy ex-buccaneer Bartholome, Nancy stops the plantation’s vicious overseer from raping Minerva by blowing out his brains—whereupon both young women don men’s clothing and go to sea. Minerva and Nancy both demonstrate facility with fist, blade, and pistol as they survive storms, battle, attempted mutiny, leering suitors, and other hazards—climaxed by a confrontation with Bartholome, who pursues her relentlessly from the Caribbean to Madagascar. Minerva’s true identity comes out eventually, and in the end, both she and Nancy acquire suitable mates without losing their yen for adventure. An ambitious but fundamentally conventional tale, closer to Ann Rinaldi’s historical novels than the more rousing likes of Avi’s True Confessions of Charlotte Doyle. (Fiction. YA)