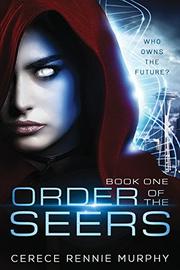 Order of the Seers

Two young siblings are on the run from a shadowy organization in Murphy’s debut novel, an adventure-thriller.

Lilli had always been special. Shortly before an event that changes everything for Lilli and her older brother, Liam, she begins to see vivid visions of the future. They arrive home after going to a carnival, and Liam finds their mother dead on the floor, an apparent suicide. A note next to her body reads, “Go now. Protect her.” For nearly two years, the two live on the run, relentlessly hunted by members of a society called the Guild. Lilli is a Seer, and as it turns out, their mother was one as well. The Guild is part of a powerful secret organization that tracks down and “rehabilitate[s]” Seers but actually controls them for their own purposes through the use of a drug, Luridium. The drug helps the Guild control the Seers’ powers by both suppressing their emotions and deleting their memories. Their mother had killed herself to protect her daughter, so they couldn’t get information about her. Eventually, Liam and Lilli fall in with a commune of other Seers, who make it their mission to obliterate the Guild and protect others like them from their malicious grip. Murphy conjures an exciting tale that beautifully balances dramatic tension and suspense with a strong sense of worldbuilding and character. Lilli and Liam are a devoted pair of siblings whose love for each other draws the reader into their fraught situation, and the commune sequences provide a lovely sense of community amid the chaos. At the same time, the novel struggles at times to build momentum and concludes more abruptly than climactically. Further, Liam is later featured in an awkwardly phrased, overly graphic sex scene with a girlfriend, which doesn’t fit easily within a novel that could have otherwise been recommended to young-adult readers.