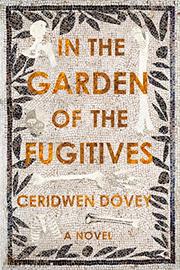 IN THE GARDEN OF THE FUGITIVES

A South African expatriate now living in Australia and her much-older American benefactor wrestle with obsession and guilt while reconstructing the stories that brought them together many years earlier in Dovey’s (Only the Animals, 2015) psychological excavation.

Seventeen years after their last contact, Vita, now approaching 40, receives an email from Royce, kicking off a predatory dance of what she calls “mutual confession.” What follows is less correspondence—the missives soon ditch the formal trappings of “letters”—than parallel narratives, similarly haunted by loss and by shame. Raised by political activists between apartheid South Africa and Australia, Vita spends her college years at an unnamed-but-hallowed Boston institution making documentary films without any people in them, unable or unwilling to place herself in her own country’s history. “In order to confess,” college-aged Vita thinks, but does not say, “one must have sinned—but I am unsure which of that country’s multiple sins are to be placed directly at my feet.” It is the question that will shape her life. And it is Royce who will fund it: In her senior year, Vita receives a Lushington fellowship—an extraordinarily generous grant for “extraordinary women,” courtesy of Royce’s fortune. He, too, is wracked by guilt for his past, albeit on a somewhat more personal scale: As a student at their shared alma mater, he was in love with the then-aspiring archaeologist for whom the fellowship is named, spending years as her platonic companion and research assistant, following her to Pompeii, where she devoted herself to excavating the gardens and where she will fall victim to an untimely death. In a novel unabashedly about ideas, Dovey does not shy away from bluntly confronting big questions head-on, and yet—a testament to her skill—the book, while trembling with meaning, is neither obvious nor cumbersome but unsettlingly alive.

Sweeping both geographically and intellectually; a literary page-turner.