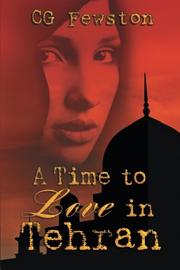 A TIME TO LOVE IN TEHRAN

Fewston (co-author: Vanity of Vanities, 2011, etc.) delivers an atmospheric and evocative thriller in which an American government secret agent must navigate fluid allegiances and murky principles in 1970s Tehran.

Levi Fiske’s job is to “get a handle” on Iranian Farrokh Bakr. Bakr’s export business selling military weapons and priceless artifacts doesn’t raise much of an eyebrow, but the same can’t be said for his fiery writing directed against the shah. Unfortunately for Fiske, Bakr is slippery. Worse, the assignment comes with two lovely distractions—Leila and Dorri Bakr—Bakr’s glamorous daughters. Besotted by Leila and batting away at teenager Dorri’s unexpected, if not entirely unwelcome, advances, Fiske becomes a little too invested in the Bakr family’s fortunes. This is an uncomfortable turn of events for a hero who is as enigmatic and tortured as Fiske. Haunted by his past in Vietnam, where he had another persona as John Lockwood, the secret agent blames himself for a fellow soldier’s death in the Mekong Delta, and his survivor’s guilt looms large as he once again negotiates life and death under different circumstances. Equally problematic is the terrain: “This is the Middle East,” Fiske’s CIA mentor reminds him, “If you cannot comprehend that when someone says up they mean down, or they direct you left when you’re supposed to go right, you are already lost.” Quite. The question then becomes whether Fiske will find terra firma when he eventually stands on his own. Even if key plot details are sometimes cloaked under too many layers of subterfuge, the reader becomes invested in Fiske’s survival. The evocative prose, narrated in the first person by Fiske, animates Tehran and the countryside. Regarding the Shahyad Aryamehr Monument, he says: “The Iranian monument loomed above us as we emerged, as if from a short intense dream, from the heated snugness of the vibrant taxi and out into the cold air.” The novel is bookended by a few engaging short stories.