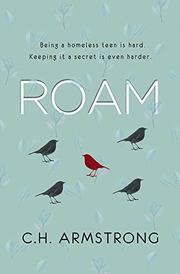 A mother’s misdeed leads to scandal, ending friendships and forcing a family move to a new state and into a life of homelessness.

After high school science teacher Claire Lunde is caught having an affair with Coach Hawkins, she resigns and moves her family from Omaha, Nebraska, to Rochester, Minnesota. As a result, her daughter, high school senior Abby Lunde, must enroll at a new school. Though she makes friends quickly, Abby also makes enemies, namely Trish Landry, popular rich girl and ex-girlfriend of the football quarterback who is Abby’s new boyfriend, Zach Andrews. As if navigating new friendships, young love, and the college application process weren’t enough, the stresses of keeping up appearances of normal life while living out of the family van threaten to be too much for Abby. Abby worries whether the new friends she’s made will bail on her as easily as her old ones did in the wake of her mother’s indiscretion should they discover the secret of her being homeless. An entertaining read, the story unfolds organically, and the backstory of what led the Lunde family to Minnesota is nicely woven in through well-timed flashbacks. Though driven by the issue of homelessness, the story allows other themes like forgiveness, acceptance, and finding one’s place to rise to the surface as well. A white default is assumed.

An empathetic tale that treats homelessness with respect and makes it visible.