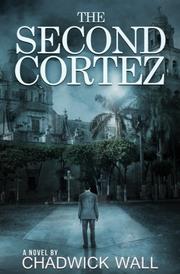 An apolitical English professor vows vengeance against the Mexican drug cartel that has infiltrated his hometown in this novel.

The cartel Segundo Cortez is escalating its reign of terror in the Mexican city of Veracruz. Its soldiers roam the streets hassling citizens with impunity. They have bribed policemen and become more brazen in their violence. But 32-year-old university professor Nicolás Nolano has elected to “keep out of all that business” and just “concentrate on my profession.” His mother; his brother, Esteban, a district attorney; and a local priest, meanwhile, are very public activists against the cartel. Esteban has recently filed suit against the cartel’s leader, Arturo Méndez. Nicolás insists that they would be better off keeping a low profile. “Laying low and biding your time is not how change is won in the world,” the priest counters. Nicolás’ warning that they are all setting themselves up “for tragedy” inevitably comes true, and he is alerted that he will be next. Though “merely a professor,” the radicalized Nicolás flees to America, where he plans to acquire weapons and training and then return “to strike at Segundo Cortez.” Wall (Water Lessons, 2014) has fashioned a fast-moving, immensely readable payback story. But Nicolás’ transformation might have carried more dramatic weight if on Page 2 he didn’t come to the rescue of a former student being hassled by Cortez thugs or soon after take heroic action to transport another young cartel victim to the hospital. Some dialogue is heavy-handed, as this exchange between Esteban and his brother: “Me, the idealistic attorney. You, the cynical literature professor. Damn, just like when we were boys. You always off in your bedroom, in your own universe, your nose in a book, dreaming. While I was out living. Making dreams into reality.” Ivan Méndez, an increasingly unstable successor to his father (and a former friend of Nicolás), is straight out of central casting. More nuanced is Hector Pantano, the compromised police chief, who has enabled the cartel but is suffering a crisis of conscience.

A satisfying, involving, and well-paced story that effectively blends action and redemption.