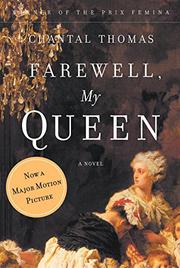 A former reader to Marie-Antoinette recalls July 1789, in an edifying and masterly first novel, winner of the Prix Femina.

Living in Vienna in 1810, elderly Agathe-Sidonie Laborde recounts her gossamer memories in Versailles as Marie-Antoinette’s deputy reader. Specifically, she recounts the haunting hours of July 14, when news reached Versailles that the Parisian mobs had stormed the Bastille, to her flight with the Queen’s favorite, Gabrielle de Polignac, to the Swiss border two days later. Laborde is a fly-on-the-wall observer of the grand, nearly surreal spectacle of Louis XVI’s court, where time is calibrated obsessively by the King’s Levee, reading of the daily temperature, hunts, meals, and Couchee. Occasionally, Laborde is called to the Queen’s bedchamber, where the devoted servant reads Marivaux or extracts from the Magazine of New French and English Fashions while feeding on the entrancing sight of her royal mistress. The days of July spread panic: the King has dismissed his Minister of Finance, sent away his army of foreign soldiers, and capitulated to the National Assembly. The “list of 286 heads that have to fall” is read by the terrified courtiers; Laborde is summoned to the Queen’s chambers to extract her jewels from their settings in order to flee with them to Metz—an escape that never occurs. French scholar and biographer Thomas (The Wicked Queen: The Origins of the Myth of Marie-Antoinette, 1999) fashions terrific suspense while providing delicious characterizations—like the cynical, mockingly powerful Diane de Polignac—and sinister touches like the slattern Panic serving the gluttonous King a dead rat. Though stung by the desertion of the royalty and horrified at the savagery of the mob, Laborde doesn’t lose her literary composure: “I have witnessed the erecting of something like an immense and perfect monument to the glory of the King, and now I was conscious only of the cracks already splitting it . . . .”