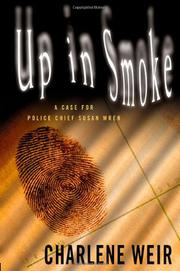 Three grieving women collide during a hero’s run for the presidency.

Political reporter Sean Donovan, full of Irish charm and whiskey, is in Hampstead, Kansas, covering the campaign of Governor Jack Garrett and reuniting with his recently widowed cousin Susan Wren, the hamlet’s chief of police. Equally stricken by depression are two other women, Cass Storm, a former lover of Garrett’s, whose husband and daughter died in a car crash last year, and Em Shoals, whose daughter was murdered by an abusive husband years ago when attorney Garrett got him off. As the world turns, Em plans to assassinate Garrett at the nearest whistle stop; Cass gears up for suicide; and Susan tries to solve the murder of poor Gayle Egelhoff, a woman found stuffed in a car trunk, with Sean’s business card nearby and 20-year-old ties to the candidate: Both her husband and Garrett were smoke jumpers who survived a forest fire that killed six and put Wakely Fromm, Garrett’s best friend, in a wheelchair for life. Garrett’s campaign staff tries to insulate him from the damage, but clues inexorably lead back to his inner circle, forcing a long-overdue admission, putting his campaign on hold, and finally releasing some pent-up grief.

Enough melancholia to keep Dr. Phil and Oprah in ratings heaven. Like them, Weir (A Cold Christmas, 2001, etc.) will have you wiping at a tear or two and skimming the political nonsense to get back to the hankie brigade.