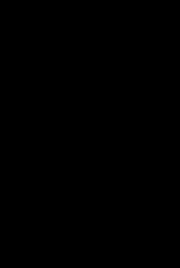 paper 0-226-04410-6 An imaginative mensch fruitfully complicates poetry. Bernstein (A Poetics, not reviewed, etc.) is one of the most sophisticated readers and writers we have. And he’s also a wag—but seriously. His —alternative— perspective can only rejuvenate, partly because he’s both a teacher (State Univ. of New York, Buffalo) and a student (by temperament), both the critic and the criticized, earnestly engaged with and yet also helpfully detached from poetry and its ongoing politics. Combining commentary on general intellectual issues (e.g., multiculturalism’s move into the academy) and criticism (of Ezra Pound, Charles Reznikoff, et al.) with interviews and even poems—which here tend to double as philosophical or aesthetic credos—this excellent collection could serve well either as an introduction for newcomers or as the latest installment, for familiars, of a continuing conversation with the author. For, more than is true of most literary thinkers, Bernstein remains a committed personalist (without downsizing the scale of his investigations): You hear his voice as though he were sitting beside you, offering an amazingly mixed bag of wise asides and sensibly contrarian discussions. A sampling: —The poet’s life is one of quiet desperation, although sometimes it gets noisy . . . Many days I feel like one of those 50s street vendors demonstrating multi-purpose vegetable cutters; the flapping hands and jumping up and down may generate a small crowd because there remains interest if not in the product at least in the humiliation of trying to sell something few seem to want.— Bernstein’s pluralism, favoring the goal of —finding the possibilities for articulation of meanings that are too often denied or repressed,— is in fact anything but politically correct; as a founder of —language poetry,— he has always chosen to side with outsiderhood. It’s remarkable how much more persuasive his renegade stance now seems than that of the poetic mainstream. For, as Bernstein so eloquently shows and tells us, “Language, along with outer space, is the last wilderness.”