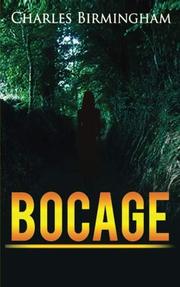 An ex-athlete gets a chance to alter the course of history and find his missing wife in this supernaturally charged time-travel adventure.

American Charley Montgomery, a former professional football player, moves to Normandy, France, with his wife, Jane. Soon afterward, she goes missing, and all that Charley can find of her is a bloody sneaker. Despite his efforts to locate her, local police seem convinced that he killed her, although they don’t have enough evidence to arrest him. Then, one day, Charley is awakened by the sound of unannounced visitors in his home: Richard “Bobby” Percival and Babe Caffo, both dressed like soldiers from the 1940s. They claim to be Jedburghs, part of an elite team of soldiers that infiltrated France in advance of the colossal D-Day invasion of Allied troops during World War II. The two men, it turns out, are capable of traveling through time, using alchemical innovations of the ancient scientist Hermes Trismegistus. They’re on the trail of a man named Fulcanelli, a mysteriously ageless figure recruited by the Nazis who knows a secret way to unleash destructive atomic energy. However, Fulcanelli can’t harness this power on his own—he needs the help of a supernaturally powerful little girl, whom he kidnapped. That little girl is Jane, who will grow up to be Charley’s wife. Debut author Birmingham ingeniously follows his protagonist’s efforts to track Jane down—not only to save her, but also to rescue Europe from Nazi domination. The story is consistently inventive, and the author movingly describes Charley’s bizarre predicament as a combination of ecstasy and torment: “And as much as I wanted to believe that and hold onto her, she would be taken away from me. Sartre could not have created a more awful hell than to be taunted by an unseen force in this way.” However, the plot quickly becomes exasperatingly confusing and convoluted, and despite the author’s evocative prose, the last quarter of the novel ends up feeling like a dutiful chore.