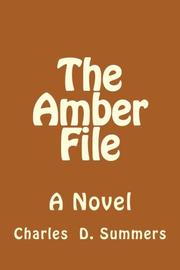 Detective Mike Carr tries to solve a cold case amid a sea of suspects in a small town in this mystery/thriller set in 1979-1980.

This novel is one of several by Summers (Gethsemani Journals: Two Retreats in 2012, 2012) that stars Lynch’s Corner and its various residents. Mike Carr, a private detective and grieving widower, takes the case of Amber Yeager, a young girl whose murder is still unsolved. Along the way, Mike crosses paths with former Office of Strategic Services members, a mysterious cult of man-hating nuns, and a whole host of small-town adultery, lying and cheating. Summers engagingly establishes the different plot threads, and the mystery is intriguing. An overlarge cast of characters confuses the reader, however, especially Mike’s older relatives—all seem to be spies with a history of crime and an extensive knowledge of religious cults. In addition, while many of the various mysteries come together as the novel progresses, multiple storylines distract from the main plot. The case of Amber’s murder ends up building toward a climax that doesn’t pay off, and the psychopathic-nuns angle is derivative at best. In that vein, despite the abundance of female characters, none of them feel complex or realistic. This is especially true for the character of Crissy, Mike’s love interest, who helps him recover from the death of his wife. Crissy is supposed to be a mysterious woman with a secret, but instead, she comes across as merely inconsistent. All in all, the author lays the groundwork for a fast-paced mystery but doesn’t quite wrap up the many plots set in motion.

A dark mystery story that, despite its potential, juggles too many characters and plot twists.