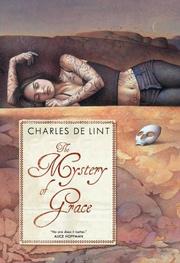 THE MYSTERY OF GRACE

John Burns wakes up in bed next to Grace and, feeling more connected to her than to a usual one-night stand, he shares a dark confession: He feels responsible for the death of his brother Tim many years ago. Grace sympathetically offers to hear the whole story, right after she goes to the bathroom. Then she vanishes, and John wonders whether it was all a dream. His pal Danny confirms that Grace existed, and John aches to find her. Thus an unconventional romance begins, told from alternating perspectives. Altagracia “Grace” Quintero, an enthusiastic mechanic, is shot twice in the chest by a junkie at a 7-Eleven. Like John, she identifies her otherworldly experience as a dream, until a friendly fellow resident of the other side named Edna takes her under her wing; Grace even remembers Edna as the victim of a knife attack some time back. The new existence Grace settles into feels like the life she has left behind, though somehow...different. John, an artist, works at a computer-animation company called Wesdanina, with best friends Nina and Wes and Danny; he’s melancholy at a Halloween party, thinking of his brother and Grace. Is Halloween a significant piece to this puzzle, he wonders? In the stretches between their random trysts, both probe the natures of their own and their partner’s lives.

The prolific de Lint (Dingo, 2008, etc.) has an easy but authoritative style that should draw readers into his subtly stylized worlds, where questions of existence and other realms are provocatively pondered.