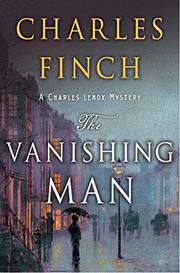 An aspiring private detective takes a case that could make or break his reputation.

London, 1853. Upper-class sleuth Charles Lenox is called to Dorset House by the duke’s private secretary, who reminds Lenox that absolute discretion will be required. The 15th Duke of Dorset, one of the most powerful noblemen in Great Britain, wants to know who stole a painting of his ancestor from his study, though he cares little about the actual painting. Lenox notices that one of the paintings still left on the wall is totally unlike all the other portraits: It’s much smaller, with a more humble subject. Only three people—one of them being Queen Victoria—know it’s the only existing oil portrait painted from life of William Shakespeare. The duke says this unbelievably valuable painting was the thief’s real target. To help him locate the missing painting, Lenox enlists the services of Thaddeus Bonden, a man who has a reputation for being able to find anything. When the duke is apparently kidnapped, Lenox deduces that Dorset faked the kidnapping to set a trap for the thief. Dorset, whose arrogance knows no bounds, is furious to be found out and insults Lenox in front of their peers at their exclusive club, White’s, badly damaging the younger man's reputation. Soon thereafter Lenox forces Dorset, who still needs his services, to call upon him and tell him the truth. Dorset agrees to show Lenox papers about a mysterious treasure that can supposedly be located by following clues hidden in the Shakespeare portrait. Before they can succeed, however, the duke is arrested and taken to the Tower of London for killing his longtime manservant, Craig, who was attempting to steal the Shakespeare portrait. Fortunately, his imprisonment does nothing to slow their plans down, for the duke is treated more as an honored guest than a felon. When Bonden discovers the whereabouts of the missing painting of Dorset’s ancestor, its surprising location helps Lenox puzzle out the shocking truth.

The second prequel to Finch’s Victorian series (The Woman in the Water, 2018, etc.), rich in period minutiae, unveils the frightening power of the uppermost classes.