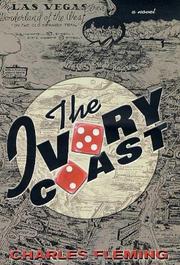 A noirish thriller that recalls The Man with the Golden Arm, L.A. Confidential, and The Carpetbaggers—minus their style, bite, and pace.

First-novelist Fleming (High Concept: Don Simpson and the Hollywood Culture of Excess, 2001) works a broad canvas: Las Vegas riding on the optimism of the mid-’50s toward its place as a gambling and entertainment mecca. It’s a promising subject, but Fleming’s flat prose never sets the neon flashing or the jazz jamming. As his tale drags from one hotel to another, he calls up a familiar cast of trump-hungry owners, managers, and flunkies. Among the high-rollers are ex-fighter Worthless Worthington Jones, readying the Ivory Coast for its opening as the first hotel on the strip to welcome blacks; and Mo “the Man” Weiner, the lovably blunt mobster who secretly throws in with Jones. Seeking a wedge against Thomas Haney, the city’s nasty, corrupt chief of police, Mo sends spiritually wounded, drug-addicted trumpeter “Crush Velvet” Deacon to intercept a rat-faced man with a suitcase. At a bus station where Deacon attempts the mission, he falls for “ . . . the most beautiful girl [he] had ever seen.” Deacon also discovers that the suitcase holds compromising, pornographic pictures, a hoary plot device that links the characters but only nudges the story along. Dialogue is flat (“ ‘That’s Eddie Fisher and Debbie Reynolds over there’ . . . ‘Oh my goodness. It is’ ”), and Fleming’s attempts to limn characters through flashbacks rather than brisk action dog the momentum. The surprise at the close is not its fairly satisfying twist, but the tightness that snaps into the telling as the Ivory Coast opens and the lugs finally face off.

A long night at the tables, with some payoff in the wee small hours.