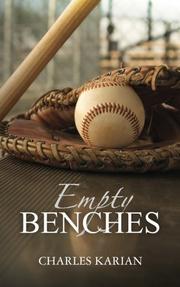 Karian (Leap of Faith, 2011) delivers this terse novella, a mediation on heartland values as lived by a group of friends.

Young Len is coasting his way through the summer working for his uncle’s lumber company when his delivery route brings him to Golden Manufacturing, a specialty-bench shop in its twilight. There he meets Chant, the last of the once-proud collection of woodworkers who populated the shop. The youngster’s curiosity is piqued, and Chant indulges him with some reminiscences. Out come old photos, mostly of the softball team that filled the workers’ after hours, and the reader meets each of the ball players who once made the Golden Warriors great. These thorough backgrounds fill the remaining chapters, following the men’s lives through school, wars, marriage, work and the baseball field. Still, though Karian painstakingly details his characters, the reader is kept at bay. There’s a persistent sensation of looking through someone else’s photo album, of having scant access to their memories. The novella’s world follows a romantic pattern, and while values like hard work, dependability, generosity and patriotism energize the stories, it becomes hard to find much individuality in the characters. Momentous occasions are somehow all alike, so that what is said of one character’s relationship—“It was not a question of would they get married [but when] they would”—could as easily be grafted to another’s. One almost comes to suspect that the book could have centered on any other party at Jocko’s, the Italian restaurant that serves as a frequent setting, without altering its core. Though we can trace each character’s history, they remain strangers. An abrupt ending, errant punctuation and redundancy—we learn of Chant’s advanced age three times within the span of a paragraph—distract from this well-intentioned project that doesn’t quite manage to hit the ball out of the park.