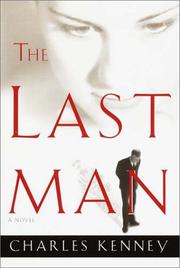 Light is shed on a host of secrets buried in the pasts of two separate but casually linked families when an elderly concentration-camp survivor, now living in the Boston area, spots a man she believes is the last unaccountable figure in a group photo of Nazis she’s carried with her for decades.

Indeed, Gerta Wahljiak, the camp survivor, is not mistaken. As a result, the plot will hinge not on whether she’s correct when she confronts Frederick Schiller, a.k.a. Friedrich Schillinghaussen, but rather on how the Schiller family deals with the exposure. And the Schillers are no ordinary family. Schiller’s wife, Sophie Naumann, is a well-known Jewish activist, which means that Kenney’s (The Son of John Devlin, 1999, etc.) whole story is made or broken on whether the reader can accept somewhat outrageous premise of a Jew and a Nazi falling in love in 1930s Germany. Further complications and mini-plots turn up when the man who’s given the initial investigative assignment in the US attorney’s office happens to be dating Schiller’s daughter, Diane, also a lawyer. It turns out that that man, David Keegan, has a family secret of his own, regarding his abusive father and dead mother, that he’s eager to uncover—so eager that it has affected his relationship with Diane. He also has a secret he’d like to keep buried, but can’t, thanks to an unscrupulous colleague who wants the job Keegan is in line for when the head of the department retires. Despite all this, it’s sentimentality rather than plot that builds throughout the narrative, so that by the end, the the tale has a numbing, touchy-feely tone. While the Schiller and Keegan family melodramas are resolved, the author writes himself into a corner with the subplot in the US attorney’s office and leaves Keegan’s professional fate hanging in the balance.

Two-and-a-half good stories, marred by, respectively, implausibility, sentimentality, and a desire to wrap up things too neatly.