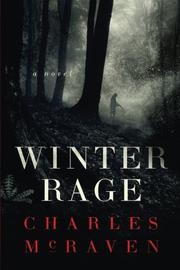 A feud between the Mabry and Millard families in Ridgeway, Arkansas, leads to three murders, with consequences that haunt two families for five decades

In his new novel, McRaven (Build Me A Tower, 2016, etc.) explores life in the back hills of Arkansas, where it takes a special kind of inner strength and resolve to survive the soul-crushing poverty. Nate Prescott was orphaned at the age of 12 when both his parents died in an automobile accident. His mother’s younger sister, Andy (Millard) Henry, recently divorced from her cheating, truck driver husband Cam, takes Nate in and devotes her life to watching over him. Andy’s older brother Charlie, a fun-loving, irresponsible troublemaker, is also the beneficiary of her love and loyalty—at least whenever he returns from his latest adventures, usually broke. Andy and Nate manage to scratch out a bare subsistence on the dirt-poor farm that is Nate’s inheritance. Then there is wealthy, and bitter, Barry Mabry, who has never forgiven Andy for once rejecting him as a suitor. Now he contributes to the common gossip that she is a fallen woman because she divorced Cam. As the story opens, Charlie, Andy, and Nate are cutting down three trees that the Mabrys believe are on their side of the property line, rekindling a feud between the two families. When Barry is brutally murdered, Charlie and Andy are targeted as suspects. By the time two more killings are added to the toll, Andy and Nate realize they must flee the county in the middle of the night, selling off or leaving behind what meager possessions they have. The chase is on. Although the story features plenty of tension, the pace of the narrative is rather relaxed, with McRaven pausing to indulge in vivid descriptive passages that add color and texture. Of Nate’s grandfather, he writes: Elijah “was almost a caricature of the backwoods preacher, aging, with that beak of a nose that arrived places well before the rest of him.” But the frequent use of local dialect (“Don’t s’pose you’ns got a piece of hick’ry”), especially in the early sections, delays the process of sinking into the plot comfortably.