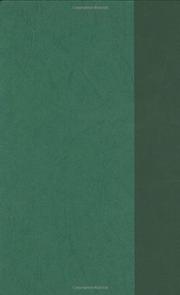 ROMANTIC POETS, CRITICS, AND OTHER MADMEN

A quarter-century’s worth of trenchant thinking on Romantic culture from celebrated pianist/musicologist/critic Rosen (author of The Romantic Generation, 1995, and the National Book Award—winning The Classical Style). First published, for the most part, in the New York Review of Books, these pieces test contemporary scholarship’s vision of great Romantic artists from a variety of nations and fields. Rosen’s first essay considers how best to republish Romantic-era literature by carefully contrasting the quirks exhibited by recent editions of Wordsworth, Byron, and Balzac. Rosen also spotlights other Romantic media. Comparing the painter Caspar David Friedrich and the composer Robert Schumann, he explores the Romantic destruction of “not only the barriers between the arts, but the autonomy of art” from nature. In one piece, Rosen even postulates (somewhat wildly, to be sure) that Elizabeth David’s cookbooks, with their evocation of pastoral sentiments, represent “the last gasp of the Romantic momement.” Elsewhere, the critics join the cook as latter-day Romantics as Rosen thinks through—and past—literary scholars like M.H. Abrams and William Empson, the musicologist Heinrich Schenker, and George Bernard Shaw considered as music journalist. Those who find Rosen’s favor tend to be those who, like Empson, Shaw, and the German theorist Walter Benjamin, keep the flame of Romantic practice alive. (Rosen’s superb essay on the difficult but rewarding Benjamin remains quite sharp 20 years after its original publication.) But the unity which the common theme of Romanticism provides for Rosen’s collection makes one feel the absence of an introduction, or a new essay, that might bring to a point the arguments that run throughout, while considering Romanticism’s relation to the classical and the modern. Rosen certainly earns the authority to give such an overview. Especially remarkable, perhaps, is the tone of intellectual generosity that infuses Rosen’s essays—as much as his Romantic avatars, he has a sure touch in uniting thought and expression to expand the worlds of his audience’s experience.