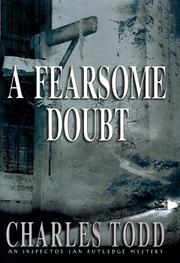 As if being bedeviled by Hamish, the ghost of the Scotsman he found it necessary to execute during the Great War, weren’t guilt-inducing enough, the Yard’s Inspector Ian Rutledge now has to deal with the widow of Ben Shaw, the man he sent to the gallows seven years ago, in 1912. Shaw never killed those old ladies, she says, and she has proof: a brooch from one of them she found tucked in a neighbor’s drawer. Nudged on by his conscience, Rutledge attempts to reopen the case, but his superior, Supt. Bowles, who rose to power on the strength of the conviction, first packs him off to Kent to solve a rash of new murders in Marling: three ex-soldiers, who returned from the war disabled and died on desolate country paths after ingesting laudanum-laced wine. While he’s in Marling, Rutledge calls on Elizabeth, the widow of another war casualty, his best friend, who is chary about admitting to a new romance, and dines with Raleigh Masters, a raging, moody amputee, and his despairing wife. Then who should reappear but the widow Shaw, in full whine, and worse yet, a German officer Rutledge thought he had left for dead on the battlefield. Beset on all sides—and even from the backseat of his car, where Hamish has taken up residence—Rutledge must exorcise not only a village’s demons but his own as well.

If everyone would read just one book, any book, by Todd (Watchers in Time, 2001, etc.), and pay close attention to what he’s saying, there would never be another war.