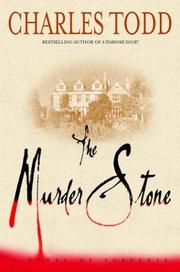 Which family secrets are worth keeping, even on your deathbed?

When Francesca Hatton compassionately nudged her beloved grandfather Francis, ill and reeling from the loss of his five grandsons in the Great War, to the other side, she didn’t even know there were secrets. Now the family solicitor informs her that in addition to the family home, isolated River’s Edge in the Exe Valley, Francis also had holdings in Somerset and Essex. One is a beautiful estate Francis visited once with a weeping young woman, the other an orphanage Francis subsidized. Then directly after the memorial service, three people appear at her door. One demands certain ledgers he insists he’d paid for. Another, an orphan who hints at kinship, wonders if she’s been remembered in the will. The third demands the property Francis cheated him out of. Worse yet is the appearance of Richard Leighton, invalided out of France and accusing Francis of murdering his mother, Victoria, who disappeared from Sussex when he was only eight years old. Letters arrive suggesting that Francis’s two sons died childless, that the family is cursed. So many secrets, so few answers, with Francis no longer around to explain. Was he a lecher, a blackmailer, a murderer? Was he even Francesca’s grandfather?