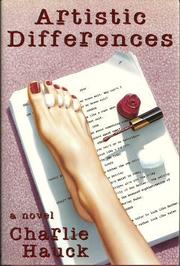 Another version of the showbiz story about the Impossible Star who makes life hell for everybody—this time in the context of a TV sitcom. Jimmy Hoy and Neil Stein are a successful TV comedy writing team in Hollywood. Neil is the anxious one (not surprising, given his eight dependents and splashy lifestyle), and narrator Jimmy is the carefree single guy, dating dizzy little actress Kiki while staying cordial with ex-wife Miranda. By the end, Neil's marriage will be history, Kiki will have left town, and Jimmy will be ``wholly reconnected'' with Miranda, but all this is strictly background: the only person center stage is the gorgeous though talentless Geneva Holloway, who's already graced the cover of TV Guide when she's chosen for Jimmy and Neil's latest series (replacing a super-hostile, gun-waving black star). But from the start, she is trouble, insisting on ridiculous script-changes, getting a pedicure while listening to the story presentation, then treacherously dumping her handpicked, HIV-positive hairdresser (who will later commit suicide). Even Jimmy's threat to quit (``this is the most egregious fucking bullshit'') and Neil's suicide attempt do not throw Geneva off stride; what finally gets her dismissed is her direct attack on production company head Avery Schine (``You needle-dicked bug fucker!''). End of story? Not quite, for first- novelist Hauck is well and truly stuck to his tar baby; there follows a ludicrous epilogue in which Geneva, shooting a movie-of- the-week in Africa, falsely accuses a native of theft and has her hand cut off by the authorities. Crude, humorless, in-your-face stuff. Each chapter is preceded by a mildly amusing showbiz anecdote, maybe to compensate for the sour taste of what follows.