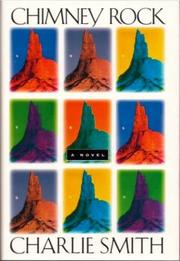 Smith's gigantic talent, most recently on display in The Lives of the Dead (1990) and the novellas of Crystal River (1991), slips the harness once again to produce this lusty, fiery Hollywood saga in which world-class egos collide to fuel a family feeding frenzy. Hardly one to handle psychodrama in half-measure, Smith tunes the tortured soul motif to a fever pitch in the figure of bitter, brittle Willie Blake, a still-rising superstar in the Hollywood firmament who nevertheless is undone when he learns that his father, Clement, has added Will's wife, screen goddess Zebra (Kate) Dunn, to his list of liaisons—and that the passion between the two is mutual. Clement is himself a Tinseltown legend, a producer of disaster extravaganzas that found diminishing favor at the box office but who refused to give an inch to the up-and-coming generation, least of all to his own flesh and blood. Having driven one son to suicide as a teenager and robbed his wife of her Oscar- winning career and vitality, he sees in the incandescent personality of Will's wife the perfect complement to his undimmed desires. The clash between titanic father and outraged son begins on a beach in Mexico, after Will learns that Kate is pregnant with Clement's child, but the endgame is played out amid the fires of rage in L.A., with Kate's career having been ruined by disfigurement and another woman's charred corpse having placed both men under suspicion of murder. Relentlessly emotional with impressive pyrotechnics, but ultimately overheated: those awaiting a story that holds together after the sound and fury subside will be disappointed.