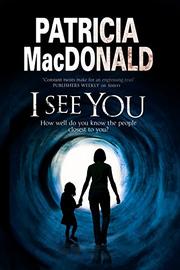 A middle-aged couple who’ve run from Nashville to West Philadelphia to escape an ugly menace learn that they haven’t run far enough.

Leave it to a politician to screw things up. When alcoholic Iraq vet Dominga Flores finds Mamie Revere felled by a stroke and responds by dialing 911 and giving the old lady CPR while waiting for the ambulance, Mamie’s son, Philadelphia City Councilman Isaiah Revere, can’t resist grandstanding by summoning a TV news crew to shoot him in his mother’s house giving his effusive (and, as it turns out, meaningless) thanks to her rescuer. The only problem is that Mamie’s tenants, Anna and Alan Whitman, who’ve been captured on the videotape hovering in the background, are really Hannah and Adam Wickes, a couple on the lam, and their adorable daughter Sydney, who was with Mamie when she was stricken, is really their granddaughter. What do a halfway house caseworker and a Geek Squad troubleshooter have to hide? The answer, which requires a 150-page flashback, recounts how trouble started when Lisa Wickes, Hannah and Adam’s daughter and Sydney’s single mother, was arrested for murdering her boyfriend, practical nurse Troy Petty, who was killed when his lakeside cabin blew up. It must have been an accident, says supersmart medical student Lisa, who swears Troy was alive and awake when she left him earlier that evening. Not so, insists the district attorney, who has footage of Lisa cashing Troy’s last paycheck. The case rapidly spirals into the stuff of nightmares, but the sequel is even more devastating for Hannah and Adam.

Whatever the opposite of domestic bliss is, MacDonald (Sisters, 2013, etc.) knows it like the back of her hand. That monstrous flashback won’t win her any prizes for dramatic structure, but fans kept up past their bedtimes won’t care a bit.

THE GIRL IN THE WOODS
by Patricia MacDonald
Mystery

MARRIED TO A STRANGER
by Patricia MacDonald

SOMEONE IS WATCHING
by Joy Fielding
Fiction

THE SWAP
by Nancy Boyarsky
Fiction