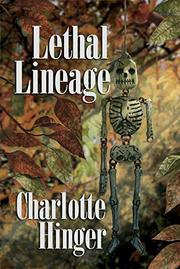 The windy plains of western Kansas provide the backdrop for a bizarre locked-room puzzle.

Lottie Albright, historian and undersheriff, is attending her niece’s confirmation at the new Episcopal church, built on the corners of four counties. The priest is Mary Farnsworth, old friend and dedicated social worker, the visiting bishop a strange figure who preaches fire and brimstone. Something causes Mary to drop the chalice and flee to an anteroom, where she’s shortly found dead. When Lottie and her twin sister Josie, a clinical psychologist, search Mary’s office for information on her next of kin, they’re arrested by Irwin Deal, the cruel, stupid sheriff of Copeland County. Outraged, the sisters mount a campaign to have Sheriff Deal recalled, starting a feud with his many relatives and provoking nasty consequences for Lottie’s husband, a veterinarian who dislikes her job. An autopsy reveals that Mary was killed by a rare South American frog poison. Lottie struggles to maintain her work as county historian, help the Kansas Bureau of Investigation with the murder case, and comfort an old lady whose oral history has revealed a disturbing past. Her skills as a researcher are put to the test as she searches for clues to Mary’s true identity and reasons why the bishop, a cousin of Sheriff Deal, is claiming ownership of the church.

Lottie’s second case is a worthy successor to Deadly Descent (2009). Deftly drawn characters and a complicated but believable mystery leave you yearning for more.