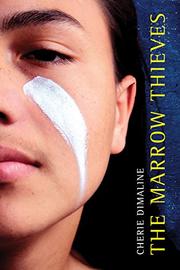 In an apocalyptic future Canada, Indigenous people have been forced to live on the run to avoid capture by the Recruiters, government military agents who kidnap Indians and confine them to facilities called “schools.”

Orphan Frenchie (Métis) is rescued from the Recruiters by Miigwans (Anishnaabe) along with a small band of other Indians from different nations, most young and each with a tragic story. Miigwans leads the group north to find others, holding on to the belief of safety in numbers. Five years later, Frenchie is now 16, and the bonded travelers have protected one another, strengthened by their loyalty and will to persevere as a people. They must stay forever on alert, just a breath away from capture by the Recruiters or by other Indians who act as their agents. Miigwans reveals that the government has been kidnapping Indians to extract their bone marrow, scientists believing that the key to restoring dreaming to white people is found within their DNA. Frenchie later learns that the truth is even more horrifying. The landscape of North America has been completely altered by climate change, rising oceans having eliminated coastlines and the Great Lakes having been destroyed by pollution and busted oil pipelines. Though the presence of the women in the story is downplayed, Miigwans is a true hero; in him Dimaline creates a character of tremendous emotional depth and tenderness, connecting readers with the complexity and compassion of Indigenous people.

A dystopian world that is all too real and that has much to say about our own.