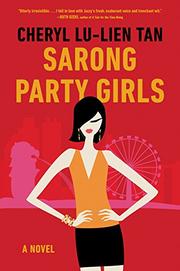 The so-called Sarong Party Girl, Jazzy, is on a mission with her friends Fann and Imo. Before she turns 27, she wants to find an ang moh—white, foreign—husband with whom to have the most enviable accessory, a “Chanel baby.” The plan is fivefold: be “chio,” meaning attractive—skinny, fair, preferably dimple-cheeked; behave differently from other women providing only one or two nights of excitement; be interested in ang moh interests beyond “laugh laugh drink drink wink wink”; know the enemy—“China girls...Filipinas...other SPGs...ang moh girls”—who may try to “potong” eligible men; and know the best places to go for pickups. Jazzy makes her way through the often shocking after-hours world, which, at its mildest, includes sexual harassment and infidelity and, at its cruelest, includes KTV lounges where men have their pick of willing professionals and parties where wives stand by as husbands sample sex toys with the young girls who work for them. What she comes to find, secondary to a husband, is herself. Tan (Singapore Noir, 2014) offers a fascinating insight into Singapore’s club scene and social castes, and she does so in an irreverent, likable voice made more notable for its patois, Singlish—the unique mix of English, Malay, Mandarin, Hokkien, Teochew, and more. For example, describing the sort of undesirable attention the girls receive in Marina Square, “if you have two nice-looking girls sitting outside McDonald’s—walao, Ah Bengs confirm will suddenly damn steam.” After the turbulence of Jazzy’s journey, the final message is a positive one.

A rowdy tale, memorable language, and a very distinctive protagonist.