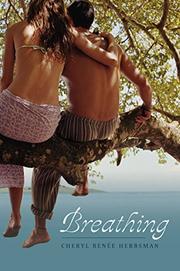 Fifteen-year-old Savannah Brown expects an ordinary summer on the Carolina Coast, hanging out with her friends, working at the library and studying for the SATs—she aims to be the first in her family to go to college. Everything changes, however, when a handsome, earnest young man by the name of Jackson appears on the beach and sweeps her off her feet. Savannah’s love for Jackson is soon so strong that she believes his presence keeps her asthma at bay, so what is she to do when she’s accepted into a prestigious program that will separate them for several months? And what is she to make of the fact that it is Jackson who turned in her application? The struggle to sustain an intense romance while holding tight to one’s dreams drives this story, which is strengthened by a strong sense of place and a compelling narrative voice. As she works things out, Savannah can be painfully melodramatic, but it’s that very quality that makes her seem so real. (Fiction. 12 & up)