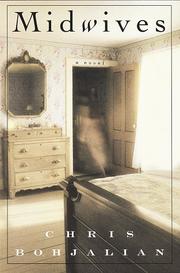 Bohjalian (Water Witches, 1995, etc.) blends some provocative moral, medical, and political issues into a classic coming-of-age story in this To Kill a Mockingbirdlike reminiscence of the murder trial of a midwife, as witnessed by her teenaged daughter. From the day back in the '60s when Sibyl Danforth stepped forward in an emergency to help a pregnant friend give birth, she fell in love with the birthing process and dedicated herself to a calling as a lay midwife in rural Vermont. But as her obstetrician daughter, Connie, points out, Sibyl never bothered to obtain certification from the American College of Nurse-Midwives. Still, neighbors who wanted to have their babies at home felt comfortable calling on her. Among Sibyl's patients in 1981, the year Connie turned 14, was a minister's wife named Charlotte Bedford, a fragile woman whose incredibly difficult labor led to a stroke and what appeared to be Charlotte's death. Prevented by a heavy snowstorm from getting Charlotte to a hospital, Sibyl frantically tried to save the baby's life by performing an emergency cesarean on the presumably dead woman. Only after Charlotte is carted away does the question arise: Was the woman actually dead when Sibyl cut her open? In a strong, ruminative voice, Connie re-creates that terrible year when the state's attorney, Charlotte Bedford's family, the local medical community, and even members of the Danforths' small hometown seemed to conspire to put not just Sibyl but the entire practice of home birthing on trial. Connie, fearing witch-huntstyle reprisals, eventually broke the law to protect her beloved mother's freedom. But the question remains: Did Sibyl kill Charlotte for the sake of her baby? Rich in moral ambiguity, informative to a fault on the methods and politics of childbirth, and perceptive regarding the whipsawing desires and loyalties of a perfectly normal teenaged girl: a compelling, complex novel and the strongest yet from the talented Bohjalian. (Film rights to Columbia-Tristar; Book-of-the-Month Club/Quality Paperback Book Club selection)