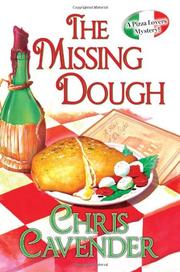 An unwelcome ex brings trouble to sisters, who must investigate his murder to clear the names of those they love.

When she hears yelling in front of her pizza place, A Slice of Delight, the last people Eleanor Swift expects to see arguing are her sister Maddy and her ex-husband, Grant Whitmore. It’s no surprise that Maddy would be mad at Grant, whom she divorced after he cheated early in their marriage; it’s just that Grant hasn’t been a part of their lives for many years. Though it’s obvious to both sisters that Maddy has washed her hands of men like Grant, especially now that she’s engaged to her longtime boyfriend, lawyer Bob Lemon, it’s not clear why Grant would come to Timber Ridge to try to win her back. The sisters don’t give much thought to the run-in, preferring to enjoy the Founders Day Festival in peace and noting that Grant has already picked a fight with a different adversary, before they go to meet Bob and Eleanor’s boyfriend, David, back at Eleanor’s place. When Chief Kevin Hurley comes by to report that Grant’s been murdered, the sisters’ surprise turns to shock when they discover that Bob is high on the suspect list. Though he doesn’t approve of their informal investigation, Chief Hurley knows the two will do what they can to clear Bob’s name, even if it means wading through layers of enemies in Grant’s past.

Deep into this series (Killer Crust, 2012, etc.), Cavender hits his stride with a balance between ongoing plot and situational mystery, though longtime readers should have no trouble sussing out the guilty party.