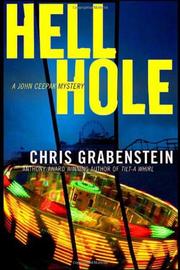 When young police officer Danny Boyle and his temporary partner Samantha (Sam) Starky answer a complaint about excessive noise, they find a group of hard-partying Iraq War vets. Just as Boyle and Starky are leaving, Sgt. Dale Dixon takes an emergency call about one of his men. At a rest area off the Garden State Parkway, Pvt. Shareef Smith is found in a bathroom stall with his brains blown out and drug paraphernalia strewn around, an apparent suicide. Something bothers Boyle, but he can’t put his finger on it. It takes his regular partner, rugged John Ceepak, to explode the suicide theory and open his eyes to a wealth of suspects: a pair of chop-shop guys called Nicky and Mr. Shrimp; Smith’s fellow grunt Worthington, whose powerful father plans a presidential run; and Dixon, who openly disliked Smith. Dixon gives Ceepak, himself an Iraq War veteran, 24 hours to solve the crime before he and his men raise hell. The methodical Ceepak makes progress, but the unexpected arrival of his alcoholic dad threatens to throw him off course. The key to the mystery may lie in Smith’s missing camera.

A solid entry in the Ceepak series (Whack a Mole, 2007, etc.). Grabenstein economically limns an array of characters and has a great ear for dialogue, but Boyle’s first-person narrative sometimes strains for laughs.