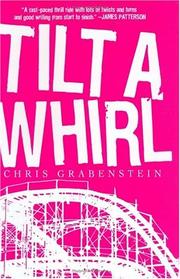 Fireworks down by the shore, and in the amusement park, a good cop almost gets taken for a ride.

Just back from Iraq where he served as an MP, and where he experienced enough war horrors to corrode the souls of most, John Ceepak somehow manages to remain surprisingly level-headed. Still, a change would be beneficial, argues old friend and comrade-in-arms Chief Cosgrove of the Sea Haven PD. He hires Ceepak, supplies him with a 24-year-old part-timer, wide-eyed Danny Boyle, as a partner, and for a time things are tranquil in sunny Sea Haven. A 12-year-old girl changes everything. Blood-spattered and distraught, she emerges suddenly from Sea Haven’s tiny amusement park, screaming, “He killed my father.” When Ashley Hart’s father turns out to be Reginald Hart, billionaire, tranquility takes a holiday. Placed by default in charge of the high profile investigation (Sea Haven PD not being rich in homicide experience), Ceepak appears at first to be in over his head, easily misled, sent careening down one unproductive garden path after another to the consternation of young Danny, primed for hero worship. But in a complex case in which almost nothing is what it seems, one thing is: Ceepak’s intelligent, principled, get-the-job-done steadiness.

This first book in a promising series flounders here and there but is ultimately saved by the strength of Grabenstein’s protagonist.