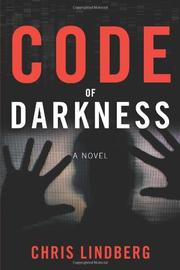 A superhuman capable of extreme feats of speed and strength must escape the NSA and his demons.

Rage; the very word conjures a directed fury—animate, precise, irate. To the low-level criminals and hoodlums of Chicago, Rage is a very real person, distributing justice on the nighttime streets with extreme vengeance. One of these acts captures the attention of widowed Chicago police officer Larry Parker, but Rage disappears before Parker can speak with him. Several weeks later, it’s Parker’s extreme misfortune to run into the seemingly bionic vigilante a second time, and Parker is drawn into a web of murders, cover-ups and national security secrets for which his police department training could never have prepared him. A secret even to most in the intelligence community, Rage is a product of a government experiment to reprogram the human genome and create a being who can do the impossible—leap buildings, throw vehicles, knock down walls with a single punch. Now, almost 30 years after this experiment began, the government wants their test subjects back, and an elite SWAT team has been deployed to capture Rage—but little does he know that there are two others like him. One is rogue, living as an assassin for hire, and the other is a loyal solider of the federal government; it’s this second soldier whom Rage, Parker and their cohorts must defeat to keep their freedom. The action traverses much of the Eastern United States, and, all too often, much of the storyline; the book features numerous taut combat and chase sequences, but ultimately lacks emotional depth. Several scenes of dreamlike intimacy are attempted between Rage and his beautiful female acquaintance, but the interactions and dialogue feel contrived and one-dimensional. Similarly, Rage often wrestles with his conscience, pondering whether his numerous killings are borne out of justice or bloodlust, but these moments never go beyond the surface and the philosophical issue is never satisfactorily resolved. Comparisons to Robert Ludlum’s Bourne trilogy (and many superheroes in American popular culture, for that matter) are certainly warranted. Readers will find that those books offer deeper looks into the world of an alienated, weaponized human being. A sharp thriller in many aspects, but lacks the robustness and depth of many classics of the genre.