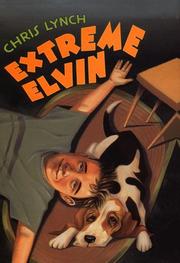 PLB 0-06-028210-X Pudgy, frantic Elvin, introduced in Slot Machine (1995), takes a hilarious, roller-coaster plunge into Young Adulthood. Going, perhaps, where no YA author has gone before, Lynch afflicts his hero with hemorrhoids (“ ‘It shows?’ ‘No, you could have a squirrel down your pants making you walk that way’ “), then heaps on the stress by having him lock eyes with friendly, Junoesque Barbara and hold hands with Sally, a dazzler who later, as a practical joke, announces that she has scabies. The ensuing rumors that she gave him an STD gives him a social leg up, plus a party invitation from Darth, a smooth, menacing teen Svengali. Supported by a cast of familiar types, led by his sensitive but not entirely earnest mother, Elvin struggles desperately to keep his balance in the rush of events—and fails. His exaggerated emotional highs and lows drive Barbara away (not forever, one hopes) and turn the party into a complete personal disaster. Lynch opts to end on a downswing, with Elvin miserably hiding out in the garage licking his wounds, but readers will be breathless—not only from laughter and the story’s headlong pace, but from the author’s audacity in his choice of topics for comic inquiry. (Fiction. 12-15)