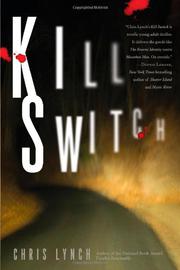 Daniel Cameron, better known as Young Man, is getting ready to leave home and head off to college, leaving behind his dementia-afflicted grandfather. His grandfather, Da, has begun making radical claims about trips he’s taken, cars he’s owned and espionage missions he’s carried out—things that aren't usually included in the job description of a former agriculture-system analyst. After Da steals a car and is sent to the hospital for observation, Daniel breaks him out on an impromptu road trip in order to quell Da’s paranoia that shadowy figures are going to permanently silence him. Lynch’s characters and narrative never quite sync, leaving large gaps in motivation and personality that rattle about in the story. Daniel’s emotionally numb dialogue coupled with his near-infallible faith in his deteriorating grandfather cause him to become something of a puppet, both for his grandfather and for the author. The vaguely sinister government agents are such a generic plot device as to be forgotten, making Daniel’s ultimate confrontation with the agents simultaneously horrific and bland.

Lynch’s normally exciting work is apparently deep under cover on this mission.