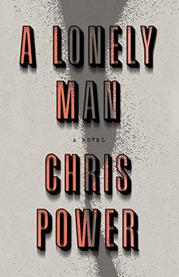 Will a man’s tales of Russian oligarchs and murders be a blocked writer’s salvation or his doom?

It’s been two years since British writer Power’s well-received fiction debut (Mothers: Stories, 2019), and it’s been four years since the publication of the debut story collection of his lead character, Robert Prowe (hmm). But Robert is blocked now and well past deadline on his contracted first novel while Power, of course, has delivered his. Robert is living in Berlin with his wife and two daughters when he meets fellow Briton Patrick, a ghostwriter. Their acquaintance grows to something like friendship as Patrick reveals his ties to a Russian millionaire who hired him to write about his rags-to-riches life and how he fell afoul of Putin. The oligarch, who gives Patrick computer files damaging to the Russian ruler, dies mysteriously, and Patrick fears he will be targeted next by the Kremlin’s thugs. Robert is skeptical about all this but recognizes good material for the novel he needs to write and so encourages Patrick to keep talking. Then strange things start to happen: A window that’s always locked is found open, a friend commits suicide, and on and on. There are familiar questions raised here about how writers get and use material from real life, but what Power does cleverly is make them part of the story’s rising suspense, stoking the tension and disconnect between Robert and Patrick and even inserting some novel within the novel as the narrative intermittently shifts into Robert’s fictional rendering of Patrick’s adventures with the oligarch. Power’s understated style abets the tension, creating gaps and unanswered questions that pull the reader along, recalling Hermione Lee’s description of Penelope Fitzgerald’s prose as “plain, compact, and subtle,” leaving “much unsaid."

An entertaining literary thriller that traces intrigue from the writer’s mind to the latest headlines.