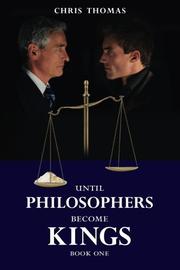 Though Ray Cruz may seem like an ordinary prisoner at the Rogelio Sanchez State Detention Facility in El Paso, Texas, he is actually a Drug Enforcement Administration agent working for the United States government. During transport to a more foreboding prison, Ray escapes with a prisoner named Carlo in what is actually a well-staged event by a DEA agent, complete with fake bullets. Having spent three months with Carlo (“It had been necessary to spend that much time in lockup to establish trust, and then a friendship”), Ray hopes that he will join his new companion’s cartel. Though Ray knows he could be killed, the plan ultimately succeeds. But how long can he maintain his cover and at what risk to his morals? Finding the cartel members to be smarter, more vicious, and more polished than he had estimated, he nevertheless rises fast, earning the nickname “El Cuchillo” (The Knife). Complete with political maneuvering, assassinations, and lots of sleek gear used by the cartel (“the Piaggio 180 Avanti was an incredible aircraft and handled like a Ferrari, another fine mode of transportation also manufactured in Italy”), the book captures the sinister world of international drug trafficking. Descriptions can be blunt: one character is “About five ten, athletic, trim, handsome to the ladies,” and another has “a surprised and hurt expression forming on his face” during an unpleasant discussion. What keeps the story moving is Ray’s commitment to his mission. Readers will be anxious to see the developing personalities of his dangerous new associates. Then there is the question of what Ray might look like when the job is done. Assuming that he makes it out alive.

Obvious at times, the dynamic tale takes the reader along for one harrowing journey.