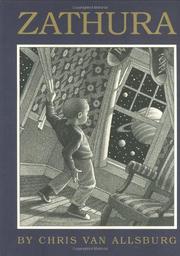 A trite, knock-off sequel to Jumanji (1981). The “Jumanji” box distracts Walter Budwing away from beating up on his little brother Danny, but it’s Danny who discovers the Zathura board inside—and in no time, Earth is far behind, a meteor has smashed through the roof, and a reptilian Zyborg pirate is crawling through the hole. Each throw of the dice brings an ominous new development, portrayed in grainy, penciled freeze frames featuring sculptured-looking figures in constricted, almost claustrophobic settings. The angles of view are, as always, wonderfully dramatic, but not only is much of the finer detail that contributed to Jumanji’s astonishing realism missing, the spectacular damage being done to the Budwings’ house as the game progresses is, by and large, only glimpsed around the picture edges. Naturally, having had his bacon repeatedly saved by his younger sibling’s quick thinking, once Walter falls through a black hole to a time preceding the game’s start, his attitude toward Danny undergoes a sudden, radical transformation. Van Allsburg’s imagination usually soars right along with his accomplished art—but here, both are just running in place. (Picture book. 6-8)