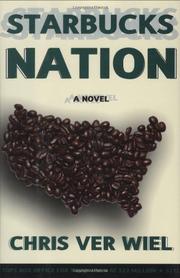 In this debut novel from screenwriter Ver Wiel, a burnt-out screenwriter plunges into the bizarro world of his own subconscious after ingesting a potent combination of over-the-counter sleep aids.

Estranged from his unfaithful movie-star wife and fixated on the woman he should have married, writer Morgan Beale holes up in a Sunset Strip hotel room ostensibly to work on the movie script of a popular comic novel called The Chihuahua in the Blue Prada Bag. It is not going well. Hating himself almost as much as he hates the vapid Hollywood industry machine that made him a success, he numbs himself nightly with “the handshake,” a mixture of pills and red wine. It is during one bender that he “wakes up” to find himself in the middle of a nightmarish movie shoot. Literally stuck to his typewriter, the alienated 44-year-old watches helplessly as the novelist whose work he is adapting gets thrown into a fathomless pit by Armani-clad producer chimps from Hell. Luckily, Morgan is also reunited with his long-dead mentor Luke, a fellow scribe who has been transformed into a brave little Chihuahua. He and Luke team up with a group of ethnically diverse dwarves to battle the evil forces of modern celebrity-obsessed consumerist society. Really. In Morgan’s mind, these offenders include brainless morning talk-show hosts, talent-challenged reality-show wannabes, right-wingers and, of course, the titular java giant. During the wacky free-for-all (a robot, FEMA trucks and his wife all make appearances), he reminisces about his work and life, and especially the tragic lack of creativity in the movie business, while hoping for another chance. That is, if he ever wakes up. Ver Wiel’s debut burns with the righteous anger of a disillusioned insider; it would have benefited from more character development and a lighter hand.