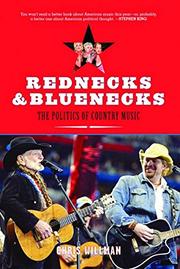 The Politics of Country Music

Country is, by definition, the music of country people. But it’s now the province of the suburbanites, and the suburbanites have gone fascist, and so has mainstream country music.

So run the main outlines of Entertainment Weekly writer Willman’s study of country music in the modern era, though his argument proceeds with considerably greater nuance. Country has always been full of politics, but that all changed when Garth Brooks came along and dumbed it down for an increasingly dumb audience. Then along came Natalie Maines of the Dixie Chicks to profess shame for being from Texas, whose governor-turned-president was now looking for a war. All hell broke loose: The suburbanites had pitchforks and torches, and only one big radio station in the country would play the Chicks’ treasonous (and hitherto hit-making) music. Willman goes into much detail on the Maines event, which had the effect of drawing out the cryptorightists in Nashville to rally round the flag: Travis Tritt, the awful Brooks & Dunn, the still more awful Toby Keith. Even the nonpolitical Vince Gill was heard mouthing Bushian pieties, though his pal Rodney Crowell insists that Vince is really a liberal at heart. (Steve Earle—who admits to packing up for New York because the split-level hicks are getting just a little too scary—vouches for Gill’s credentials, too.) Willman’s stroll through the minefields is engaging, and he tries to be evenhanded, though those scary hicks sometimes move him to passion, as when he notes, relative to an anti-Maines protest featuring a demonstrator who’s been loudly accusing Chicks fans of lesbianism in the presence of his teenage daughter, “nothing says ‘joint custody’ like a night of father/daughter dyke baiting.”

Full of surprises—who knew that Merle Haggard and Johnny Cash hated Dubya so?