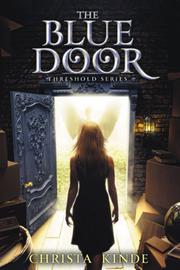 From the Threshold series, volume 1

A spiritual adventure balances strong Christian messages of family and faith with the challenges of being a teenager on a farm.

This first installment in the Threshold series introduces 14-year-old Prissie Pomeroy, the only daughter in her family (she has five brothers). Life for Prissie on her family farm is pretty mundane: The highlight of her week is a visit from the friendly letter carrier, Milo. However, one day a heavenly visitor changes everything, especially her interactions with Milo, who turns out to be an angel sent to help deliver her a message. This revelation rocks Prissie’s world, with the appearance of angels testing her deep faith and opening her eyes to the many ethereal beings that surround humankind, including her own guardian angel. Kinde dedicates much of this first volume to laying the foundation for the series and clearly defining the hierarchy of angels, which range from protectors to messengers. Although the tale is short on adventure, the majority of chapters open with a short snippet of text featuring fallen angels that hints of great danger for Prissie in future installments. In tandem with Prissie’s attempts to reconcile her new ethereal companions are her struggles to maintain friendships and deal with growing pains.

A Christian fantasy with a wholesome message and down-on-the-farm twist.