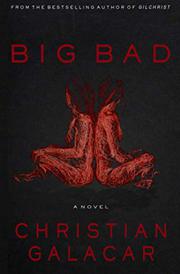 A troubled FBI agent suspects her sister’s supposed suicide in New England is a scandalous coverup in this novel.

One dangerously stormy winter night, wife and mother Molly Rifkin is reported missing and her body is found in a storage unit. The official report rules it a suicide, but Emma Shane, her loving but estranged sister, doesn’t like the story she’s gotten so far. “I’m going to make sure there isn’t a better one out there,” she declares. She is an FBI agent on a yearlong sabbatical after being shot in the line of duty, but she has become increasingly ambivalent about returning to her job. “There’s no end,” she says at one point. “Catch one today, and there’ll be a hundred more…tomorrow. So what’s the point?” It is with considerable baggage (the most devastating items are unpacked as the book progresses) that she arrives on Rockcliffe Island, population 2,500 and, by car, “twenty minutes, end to end,” according to Guppy, a driver who will become Emma’s chauffeur, friend, and confidant. Here, she challenges the official story. The police chief does not like that. “Am I going to have a problem with you, Ms. Shane?” he asks. “Did you come to Rockcliffe to play Nancy Drew?” Yes, he is going to have a problem with her, as will the wealthy Winthrops, who are just begging to be considered suspects. “Just remember,” Guppy warns Shane about the mother, “If her mouth’s moving, she’s either lying or thinking about lying.” Like Guppy, Galacar (Gilchrist, 2017, etc.) knows every inch of the insular Rockcliffe Island. In true noir fashion, there are dark doings in this seemingly idyllic community, but genre buffs will certainly recognize one character as a bad actor from the start. Once the core mystery is solved, one further disturbing development may be a bridge too far for some readers. Still, the author captures the delicious dread when the blinders fall off. Of a local cop who aids Shane, he writes: “Jim had…gone to a window and looked out at the little island town he’d known his whole life and seen it for the first time with a new forced perspective.”